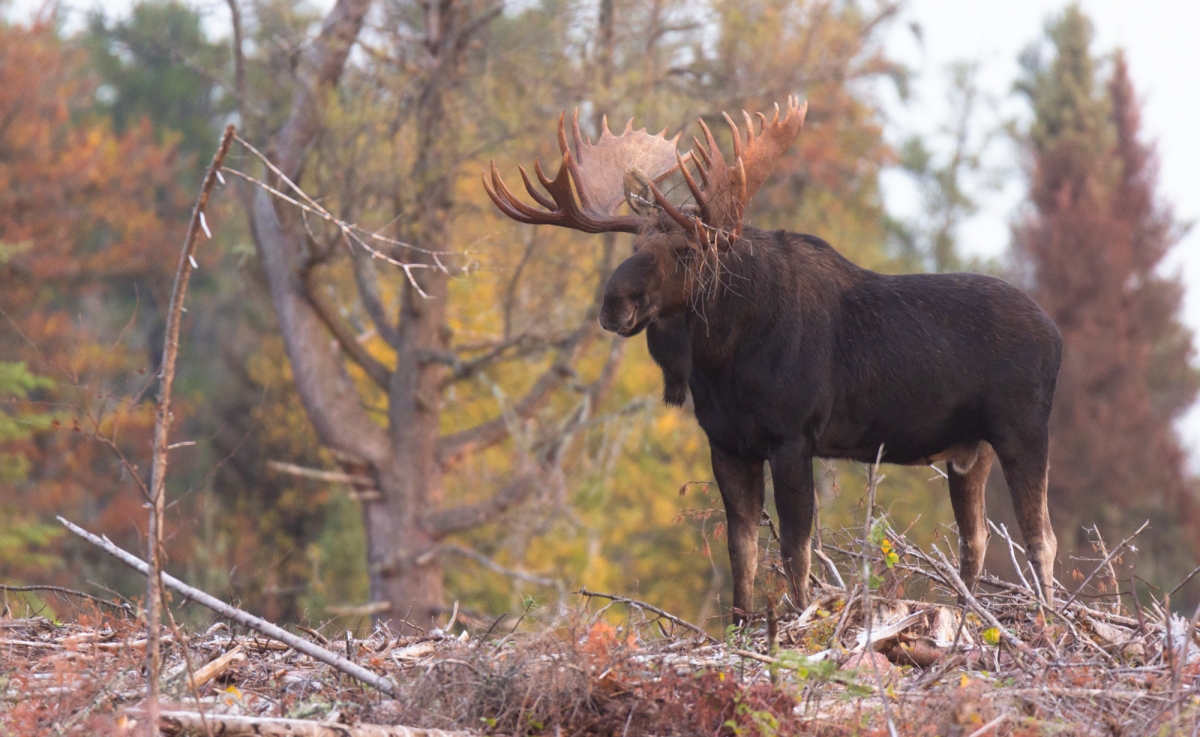 I hope everyone is having a fantastic fall season. We have finally been hit with rain off and on for a few weeks. It’s been a much needed reprieve from the dry summer. Fire bans are off, the BWCA and surrounding areas are open, and foggy and rainy has been the norm for a bit lately. The rains seemed to save the fall color season to some extent. September was gorgeous and the yellows of October are here, including the glowing tamarack trees deeper in the forest. It’s also been a moosey fall season! Ill share a few encounters as well as some fall photos in this post. I’ll also share a couple video links and a link to buy my 2022 Wildlife Calendar. I always appreciate the support!

So, here’s a fun phenomenon I encountered this fall. Have you ever seen a FOGBOW on Lake Superior?? It’s formed much like a rainbow, but in the fog, usually quite low to the water and when the fog is burning off or fading in the mid day sun(here on the North Shore, anyway). The tiny droplets that make up fog are the cause of the lack of color in the fogbow. You can faintly see color at the top and bottom of the bow, sometimes. Here’s a YouTube video minute of one.

I have had some fun moose encounters over the past couple months. In one instance, I came across a scene in a road where there was an obvious bull moose fight. In addition to the dirt road being torn up with hoof prints, digging and sliding, there was also a brand new, busted off antler! It must have been one hell of a fight and I JUST missed it. I also have bumped into one MASSIVE bull moose this fall. I will include photos and video below. Thanks for taking a look, and thank you for your calendar orders! Links are above.