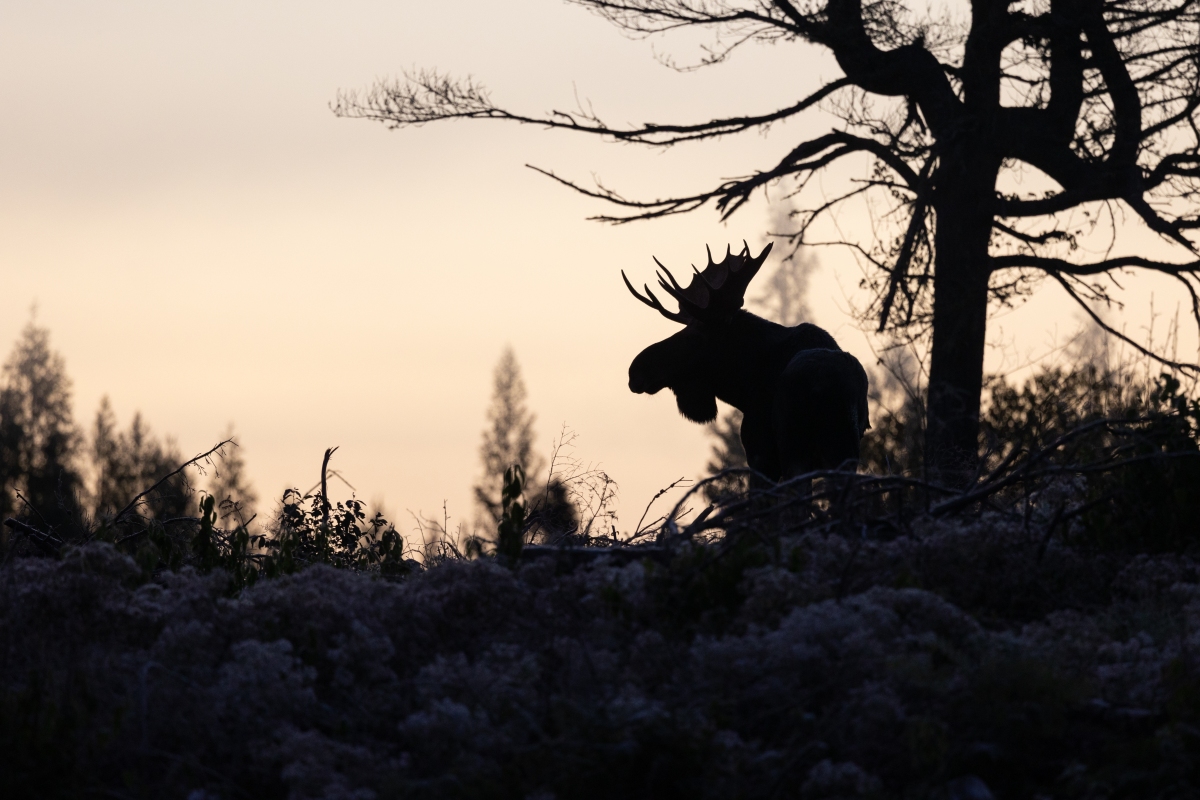 It’s been a spectacular fall this 2022 season. We had a brief, early start in September, with nice weather leading into a peak color season that lingered well into October. The shore was especially vibrant, it seemed, this fall. There seemed to be a proper “peak” that encompassed the whole forest for a week or more. Often times, the reds and higher country will have come and gone before the areas near Lake Superior have peaked, but things seemed to synch up for a spell. I’ll include a few photos I haven’t posted yet. I’ve also had a lot of moose encounters so far this fall. The mating season, or “rut, has come and gone for the most part and moose can often be found grouped up, just hanging around together for a few weeks after mating. I’ve captured a few moose photos this fall that I really like. A couple even made it into the 2023 calendar! We’ve also had a few signs of the coming winter, which could begin any day in the northland! Some areas of the North Shore woods have already seen some snow and definitely a few good frosts. It’s made for some nice photo opportunities, extending the fall color photo season even longer 🙂 Add in a few northern lights displays earlier this fall, and it’s been hard to beat. I’ve added a few photos from those displays in this post too. We even picked up a rare SAR arc in the night sky which I’ll include a picture or two of.

Here is a little preview of my 2023 calendar I have for sale. You’ll see northern lights over the Boundary Waters Canoe Area Wilderness, massive Minnesota moose in Superior National Forest, a few of Lake Superior’s seasonal moods and a few other surprises and landscapes. I don’t like to spam you all too much or too often, but a few times a year I have an offering like the calendars that I’ll promote through the holidays 🙂 I always appreciate the print and calendar purchases. They allow me to continue bringing you some of the images you enjoy here and on social media. Thanks for taking a look at this link for this years Minnesota’s North Shore – Woods Waters and Wilds – A 2023 Calendar

Fall color season has come and gone although some of my Favorite, the golden tamarack are now the main feature in the North Shore woods. Here are a few photos from the past few weeks.

Fall is such a great time to photograph moose in and around the Superior National Forest and Boundary Waters Canoe Area. The moose become a little more active in September and October. The moose mating season begins in September and is done by early October, for the most part. It can be an exciting time to see moose. The bulls have shed their velvet coating from their antlers revealing a shiny, new rack on their heads, hoping to attract a mate. You can often encounter males with females and males together often trying to attract the same females. It keeps the moose active, and a little more distracted and less worried about us picture takers and gawkers 🙂 I saw a very large bull as well as a few others so far this fall.

The northern lights have been adding a little fall color of their own. September provided a couple of wonderful evenings under the dark, northern skies. As the days get shorter and the nights get longer, our chances increase for seeing these wonders in our skies. With darkness coming on so early in fall and winter, we can often see the northern lights well before bedtime 😃 Here are a handful of recent aurora images.

Hope you’ve enjoyed this little fall recap. It’s always a favorite time of year for many, including myself. The fast, constant change is pretty fascinating to witness. Winter will soon bring another major change to the landscape, so I’ll enjoy these fleeting fall days while I can now. Thanks again for taking a look at and ordering calendars, too. I appreciate it!